Recently, Da Nang city has just opened a new unique architecure for tourist called The Golden Bridge – a perfect selfie site in Thien Thai Garden which belongs with Ba Na Hill. Obviously, this is the one of the most notable constructions in Da Nang and it also gives something brand new beside famous Marble Mountains, Monkey Mountain and My Khe beach. If you haven’t ever heard about this strange destination, this post will help you out to discover how insane and stunning of The golden Bridge Danang.

Where is The Golden Bridge Danang and what does it look like?

The Golden Bridge is located in Thien Thai Garden of Sun World Ba Na Hills and is 1,414m above sea level. The bridge is connected to the Marseille and Bordeaux stations to take tourist from the foot of the mountain or the French village to visit the flower garden. 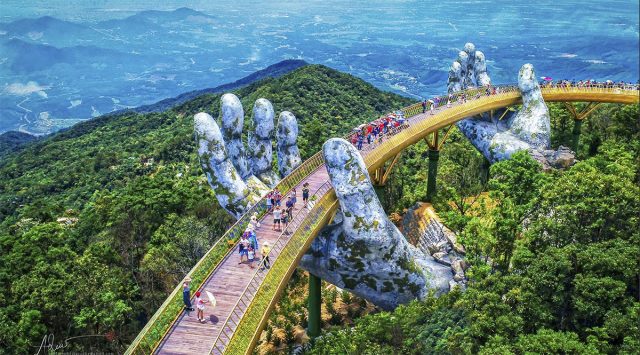 Over look of the golden bridge danang

Over all, Cau Vang (Gold Bridge) is a long golden walkway lifted and embraced by the giant hands. According to TA Landscape Architecture – the design firm of Golden Bridge – the image represents the hands of the God of Mountain, helping the villages to get to Thien Thai garden. Defitenly an outstanding architecture to the world!

The Golden Bridge – some impressive information

150 meter: the length of The Golden bridge

2. Being famous in a short time.

There are many magazines, tv shows and others media have said about this unique bridge as a recognition to its beauty. This also helps spread its fame to not only domestic but also foreign tourist. For instance: 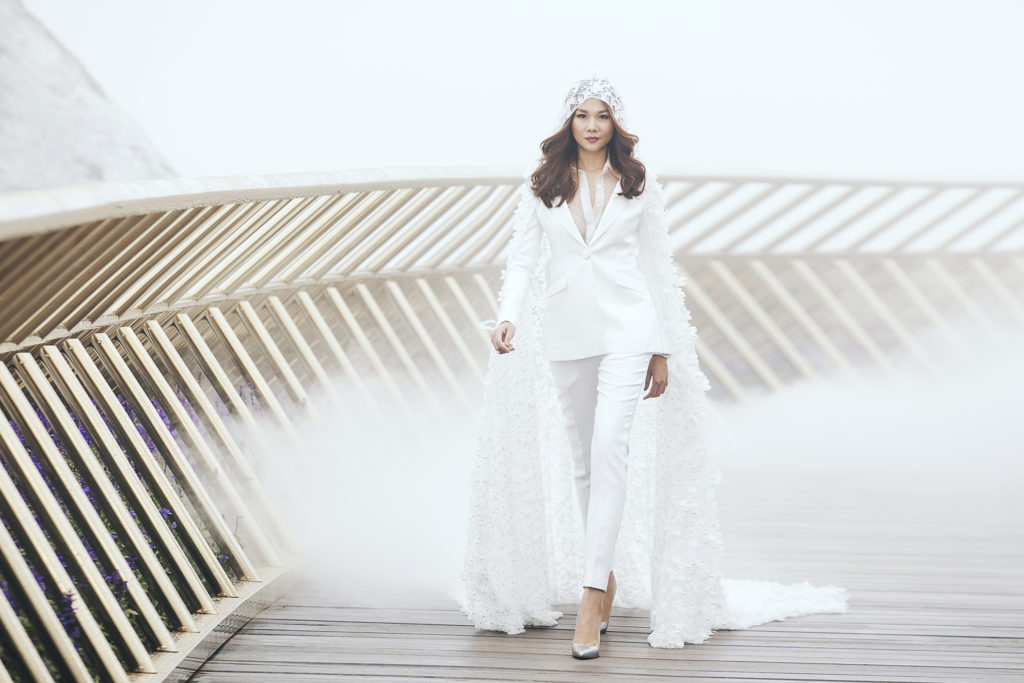 Spectacular view when standing on The Golden Bridge Danang

In Cau Vang, if you have a flycam, for sure, is the best thing to have here! It’s a a great blend of impressive architecture, large space with clear blue sky. Just take a look and you are probably overwhelmed! 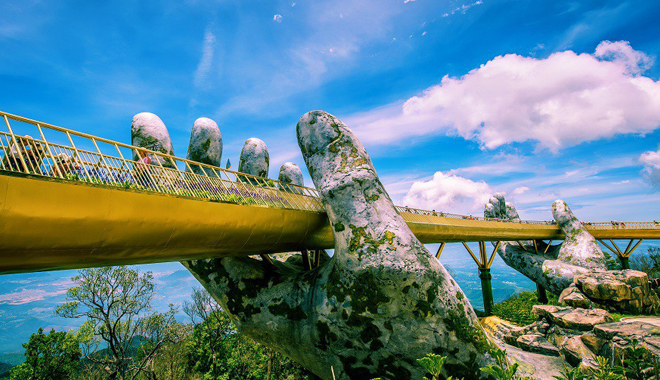 Also, the atmosphere isquite cool because of the typical temperature of mountainous Vietnam from 17 to 20 degrees Celsius.

How to get to the Golden Bridge Danang?

The Golden Bridge is 40km away from Da Nang city center and 75km from ancient Hoi An Town. As a result, visitors have many choices of vehicles to move here including taxi, motorbike, car open bus or private tour.

If you are from Hoi An, click the image to see the map: 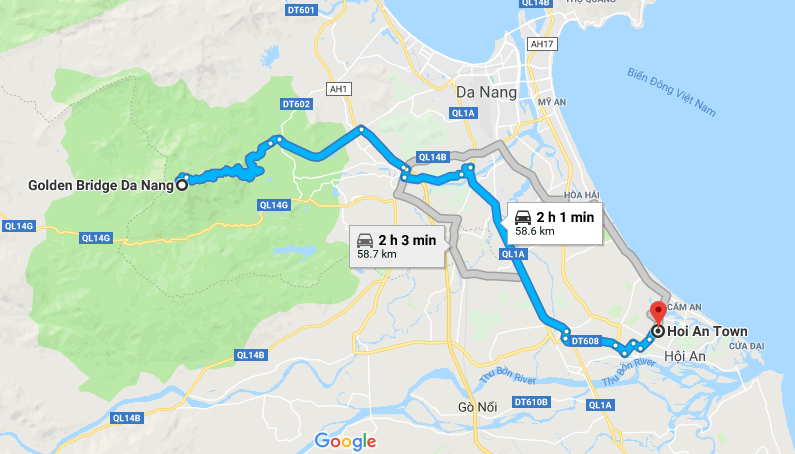 The way to the golden bridge danang from Hoi An

or if you are in Da Nang city center, click the image to see the map: 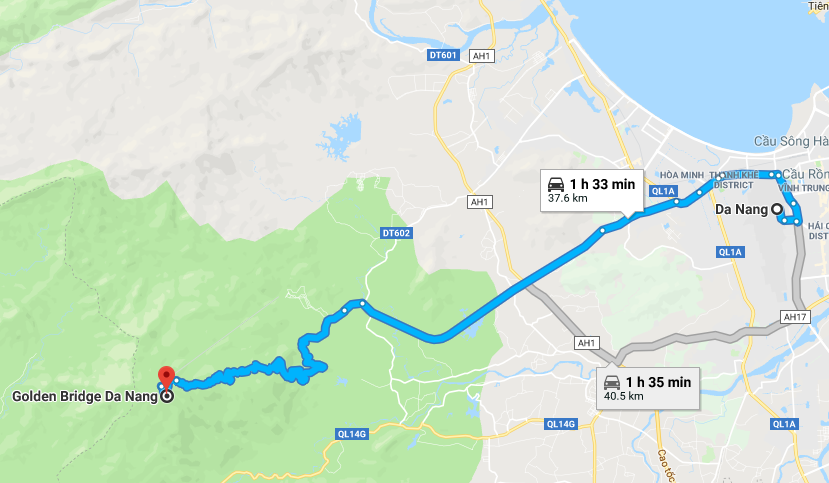 The way to the golden bridge from Da Nang city center

However, our recommend will bemotorcycles for traveling. This is the most popular type because of its comfort and economical. With reasonable price 6-7 USD per day from Da Nang motorbike rental or Hoi An motorbike rental, tourists can admire the scenery, take pictures along the way and discover the beautiful tourist spots such as Hoi An/Da Nang monkey moutain motorbike, My Khe Beach and so on.

If you are interest in, contact us for more detailed information via: