Being considered as one of the must-see destinations in Viet Nam, Phong Nha Cave is truly a gift of the Creator brings to Quang Binh, Viet Nam. Phong Nha is the most magnificent cave in the cave system of Phong Nha Ke Bang National Park . Hue scooter rental would love to invite you to take part in Phong Nha Cave trip by motorbike and visit this ” First Wonder”. This is the best way give you the real chance to explore the World Natural Heritage. Also it’s the real chance to learn something brand new for amazing tours in Viet Nam. 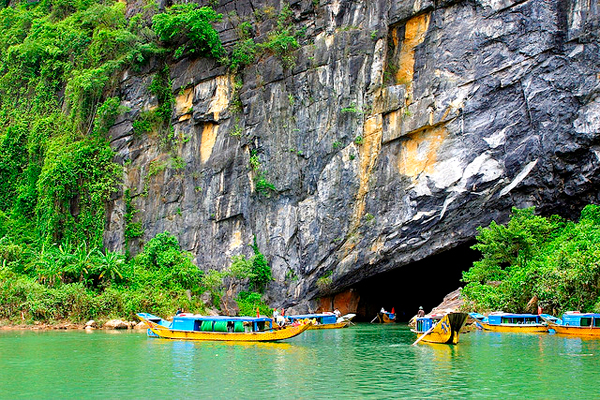 Where is Phong Nha Cave?

Phong Nha Cave the most famous cave in Phong Nha Caves Vietnam system which is more than 300 cave were found out. It’s located in Phong Nha Town, Bo Trach district, Quang Binh Province. This also the first cave to be explored and opened for tourist in 1995. From now then on, the Cave is always being in the top travel destination in Viet Nam. The famous explorers who first discovered Phong Nha claimed that this is one of two most beautiful caves in the world.

If you are in Phong Nha Town or nearby area, just take a scooter of Phong Nha motorbike rental and free to explore the area yourself. Then all you have to do is get to the boat station and take 30 minutes on the boat to the entrance.

Phong Nha Ke Bang Cave is also an ideal destination for those who do Hue to Ha Noi motorbike rental trip. It’s about 180km with 5 hours driving from imperial Hue city and more than 300km from Hoi An Town.

Phong Nha Cave is the most exemplary cave, in terms of aesthetic value and beauty in the national park.
Tourists now have the opportunity to admire all seven outstanding features of Phong Nha Cave. As listed by the British Royal Cave Explorers’ Society. These include:
– High and wide door cave
– The most beautiful sand and reefs cave
– The most beautiful underground river cave
– Magnificent system of stalactites
– Dry, high and wide chambers cave
– Cave with a beautiful, deep and wide lake inside
– The longest wet cave.

What to see in Phong Nha Cave

Exploring deep inside of Phong Nha Cave, there is nothing you can do but overwhelmed by stunning views. In fact, the most impressive thing is magnificent and sharp stalagmites froming from the top. More, you have chance to admire the massive rock with various of shapes due to the geographical evolution of Earth’s crust. The colors of scenery is going to blow your mind away with the cool temperature surrounding alike Paradise cave. 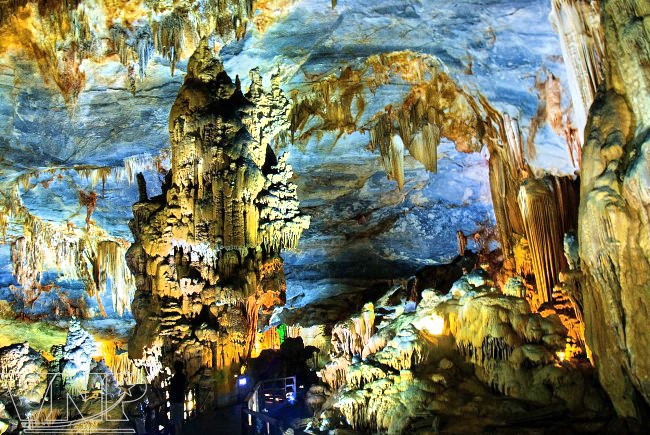 2. The traces of ancient minorities

The explorers found out the ancient relics on the cave wall and a altar Cham people. The Cham minority lived here hundreds of years ago and preserved their ancient culture found throughout Vietnam (including My Son). These ancient civilizations have their own ancient scripts that have not been completely decoded until now. It will remain a secret for many years to come. 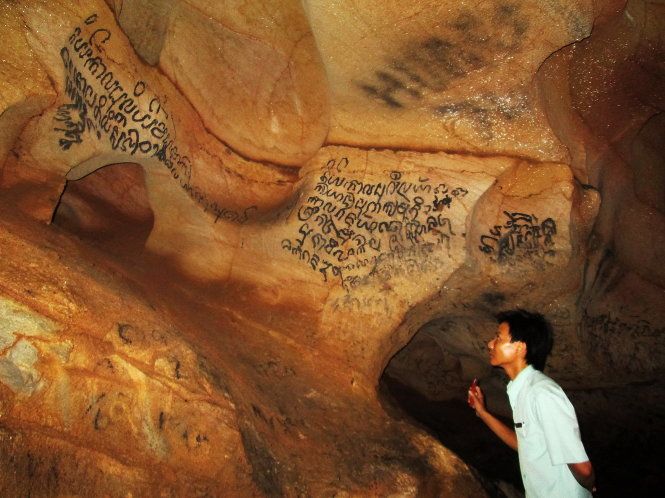 Same to some caves in Phong Nha Ke cave tour from Hue especially marvelous Dark Cave, visiting Phong Nha Cave you have chance to see the ancient fossils. Fossils are marine creatures such as fish, sea snails, crabs and many other species. In fact, the entire surface of Phong Nha-Ke Bang National Park is filled with fossils that can be seen in daylight.

Same to the Northern Vietnam’s weather, Phong Nha Ke Bang national park has a typical tropical monsoon weather with hot temperature and high humidity. In summer it can go up to 41°C and also can drop as low as 6°C in winter. As such, it is recommended to go to Phong Nha Cave during summer, especially from June to September when the temperature inside the cave is still cool (around 20°C). This is also the best time to travel by motorbike on Ho CHi Minh Trail to explore te caves.

From October to May, the weather is more ideal, but do prepare more warm clothing during the month of December to March as the weather can turn cold.