There is not enough nice words to describe how amazing Paradise Cave Viet Nam is.  This is a new and attractive destination for domestic and foreign tourist. Paradise Cave(Thien Duong Cave) is considered as one of the most beautiful, magnificent and magical wonders in the world. The Cave is hidden deep inside the Phong Nha Ke Bang National Park and the proud of Quang Binh province. Due to the outstanding beauty, the Cave is often called “Underground Palace” which is truly a valuable gift of the Creator. Hue scooter rental would love to introduce the information, advices and best tour to do Paradise Cave trip. Let’s join us in exploring this spectacular destination and see what’s it got! 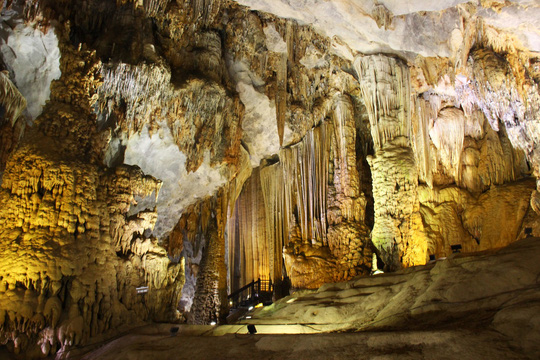 Paradise Cave Viet Nam is located in the core of mountainous limestone area in Phong Nha – Ke Bang National Park. It’s about 60km in northwest of Dong Hoi city and more than 200km from ancient Hue city. According to many experts, Paradise Cave  is the most stunning and magnificent comparing cave comparing others in Phong Nha Caves Viet Nam system. For almost people who have come here, the place is like a real heaven on Earth, which originally named “Paradise”.

In 2005, Ho Khanh– a local man has found out Paradise Cave Viet Nam in the core of the national Park. This man was also the explorer who has discovered Son Doong Cave- the biggest cave on Earth.  This immediately attracting attention of locals and international scientists, explorers and communities. Then,  British Research Cave Association which is chaired by Dr. Howawd organized a discovery and published unexpected results. According to the research caving team, this is the longest dry cave in Asia.  Especially the stalactite system, stalactites here are fanciful which is really out of this world! 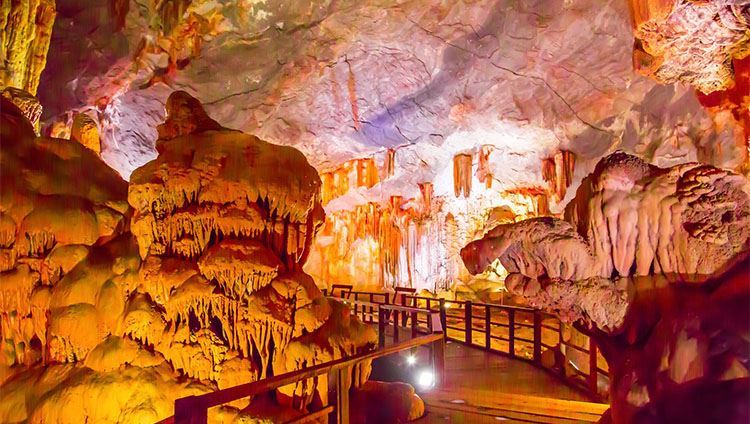 Various shapes inside the cave

Paradise Cave Phong Nha is the longest dry cave in Asia with the total length 31 km. The average width is from 30 to 100m, the widest up to 150m.  The height from the bottom up to the ceiling is about 60 – 80m. But for almost tourist, you can only visit more than 1km inside the cave. If you need to explore more, there is another option to take a trekking 7km deep inside Paradise Cave.  The temperature is always around 20 degrees Celsius which make all people coming here feel comfortable. After 5 years since being found, in 2010 Paradise Cave Tour was published for tourism which is always becoming top travel destination in Viet Nam.

The system of stalactite of Paradise Cave Viet Nam is extremely diverse and rich in shapes. Especially in the cave there are images which are similar to cultural symbols of other regions. Go deeper, you have chance to admire many rocks layering which forms the step ladder fields of Rice .

In the middle of Paradise Cave, there are alot of umbrella shape stalagmites which are similar to the symbol of wet rice civilization. Also, there are many Cham towers shape stalagmites, it is very strange and unique.  Each beautiful stalactite has it’s own unique shape, there is no one like each other. They all has created a mystical maze. This system of stalactites is still tectonic thanks to the droplets of water from ceiling. 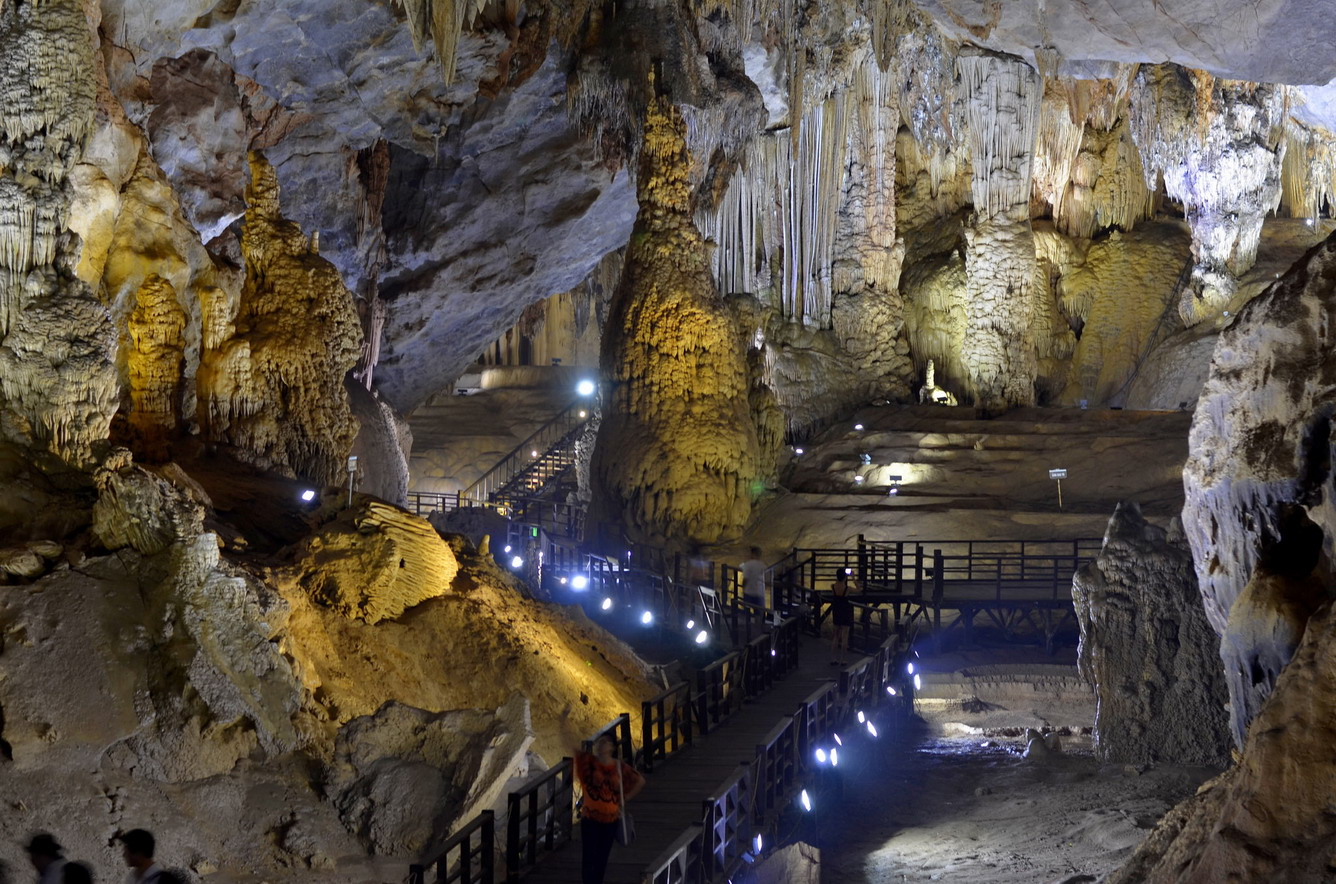 There are also many lakes inside Paradise Cave Viet Nam which are clear, cool and squares as man-made shallow wells. To serve tourists, the operator has installed a system of wooden stairs long through the cave. This staircase is also a good thing adding to the beauty of the wilderness of the cave.

Unlike many cave in Phong Nha Ke Bang, Paradise Cave Viet Nam is a dry cave which tourist can find it easy to take a trip plan. The most ideal time is in summer, from April to August, when the temperature inside the cave help you escape from hot weather outside. However, even if you have to travel in rainy season, it would not be a matter. The cave is not influenced by flood, but it’s going to be raining all the time which makes uncomfortable for trekking.

To get to the entrance , you have to trek for more than 500 steps up to the mountain. So all you need is:

The best way to visit Paradise Cave Viet Nam is by motorbike. If you love to drive your own, Phong Nha motorbike rental would love to give you the best services for doing this trip. The bikes are powerful, well-maintained and be signed contract before hiring. Or if you are in Hue city, Hue to Ha Noi Motorbike rental is the most adventurous trip in Viet Nam for you to do. There are two options: by Highway no1 and Ho Chi Minh trail. On the way you will have a full day exploring not only Paradise Cave but also other amazing caves of Phong Nha Ke Bang.