Beside of being famous for the spectacular natural beauty and unique culture, Viet Nam is also well known for the fierce War in the past against America. During that time, DMZ Viet Nam was considered as the most important and intense battlefield. As a consequence, the place has witnessed the death of hundred thousands people, destruction and separation. Nowadays, DMZ zone Viet Nam is attracting thousand tourists to travel and know more about a part of Viet Nam history. Hue scooter rental would love to be with you visiting this must-see destination for those who ever come to Viet Nam. 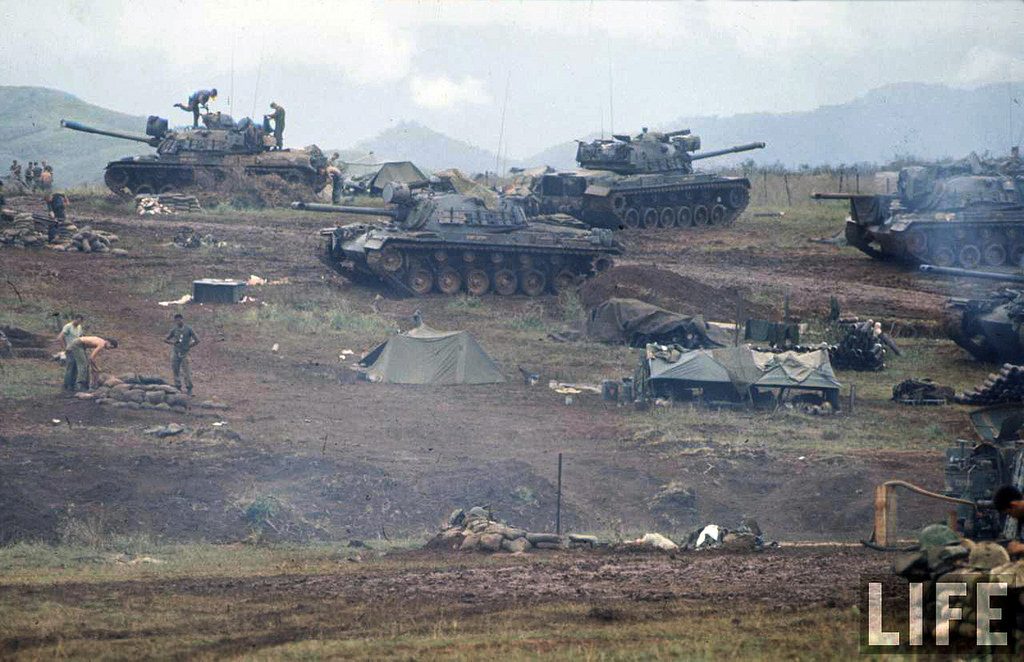 What is DMZ Viet Nam?

Located in the middle Viet nam, between ancient Hue city and Phong Nha Ke bang national park, The Demilitarized Zone (V-DMZ) was established under the 1954 Geneva Agreement between the Democratic Republic of Vietnam and the Republic of Vietnam during the war. This is the place where there have been many fierce battles. After unification of the country has been restored and become one of the tourist attractions in Vietnam.

DMZ Viet Nam stretches 5 km along two sides of the Ben Hai River. This is also a symbol of the two regions of South – North Viet Nam during the 20 years of intense War. After the unification of the country, on July 3-1976, the National Assembly of Vietnam held the first session. Formally eliminating the existence of this demilitarized zone.
Today, the Demilitarized Zone of Vietnam is no longer a place of separation. The government has restored and upgraded some sites for conservation and tourism.

What to see in DMZ Viet Nam?

If you have chance to travel to DMZ Viet Nam, should not miss the chance to visit the following famous battlefield such as: Hien Luong Bridge and Ben Hai River, Vinh Moc tunnel, Ta Con airbase. These are the most famous and outstanding destinations in the area.

At that time, Hien Luong Bridge and Ben Hai River was the boundary dividing Vietnam into two countries (during 21 years, from 1954 to 1975). Standing here, you can see a white line of 1 cm. At first, they painted the Bridge with different color which means two separate countries. The original color that painted at the southern part is blue. As soon as the enemy changes the color, South Viet Nam had to repaint the same color. 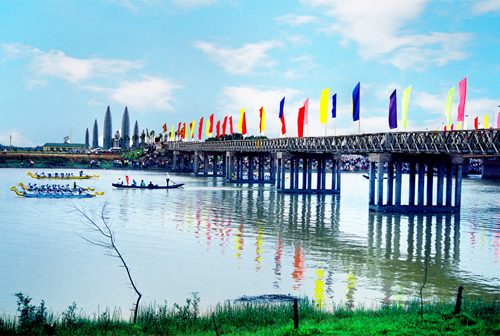 In the years of fierce war, Vinh Moc have been considered as “fire coordinates”. Some people just called “death coordinates” to describe of how awful was the scenery in that time.
The tunnel system consists of three levels: the first one is 12 meter deep, and the second one is 15 meter from the ground. It was used as food storage and weaponry. The last and deepest level used to avoid bombs. 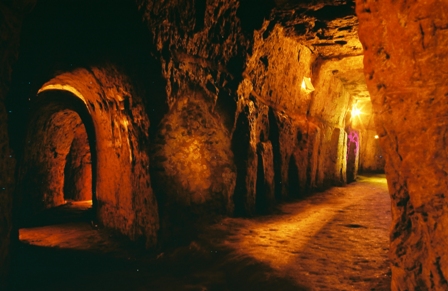 The airbase is the center of Khe Sanh base of the US military in the years 1966 – 1968. The large airport runs 2km, 1km wide which includes many sub-base with heavy fortifications. The base was used for taking off and landing of helicopters, transporting planes and fighter jets which used for the battles. 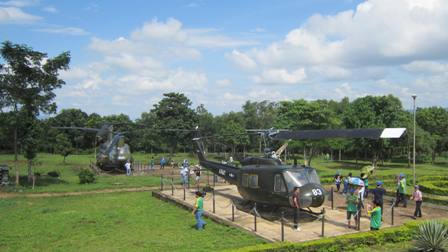 How to get to DMZ Viet Nam?

DMZ Viet Nam is on the way of Viet Nam World heritages. It’s also nearby the historical Ho CHi Minh trail. Therefore, the best way to visit all these historical sites is by motorbike. Hue to Ha Noi motorbike rental is the ideal choice so that you can visit many other destinations in the central and North Viet Nam. Take a plan and do the trip now!